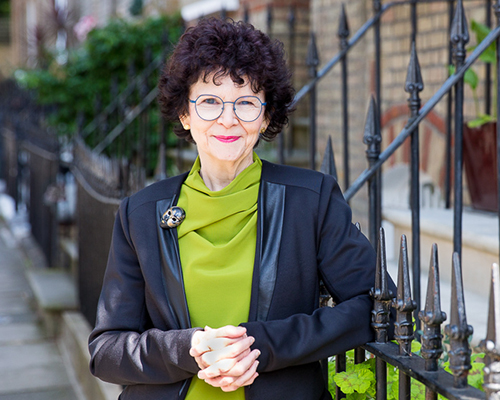 Christine has been the Chair of the HCPC since March 2019.  Our first lay Chair, she has considerable experience in leading public and private sector organisations.

She is currently a Director of the Independent Office for Police Conduct and an independent member of the Editors' Code of Practice Committee.  She was previously the Chair of Borough Market and the Interim Chair of the College of Policing as well as the Chair of their Regulatory Consultative Group, having previously served as their Senior Independent Director for many years.

Christine has a strong interest in digital innovation and is on the advisory board of Trybe.ID, a digital identity and credentialing platform headquartered in Toronto, Canada.  She also chairs the advisory board of Albeego Ltd, a British mobile telecoms firm providing digital services with stable, secure internet connectivity.

During her executive career, Christine held a number of Chief Executive roles, including Bletchley Park, where she led the regeneration of the Second World War code breaking site, turning it into an internationally renowned and award winning museum. She has also been the Chief Executive of the Institute for Turnaround, the UK’s leading source of knowledge, education and best practice in transformation. She was most recently an Executive Director at Collaborate CIC, a think tank tackling complex social challenges.

Chair of the Advisory Board (a non-executive advisory position) of Albeego Limited.